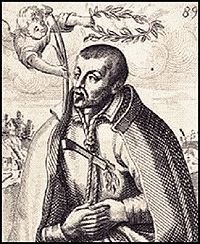 I'll be on the Son Rise Morning Show tomorrow morning to talk about one of the most amazing martyrs of the Forty Martyrs of England and Wales: St. Robert Southwell. This fine Jesuit poet and martyr endured tremendous tortures at the hands of Richard Topcliffe and then an execution that sickened the crowd so much that they would not allow the torture to continue. I've posted often about St. Robert Southwell, his poetry, his connections with St. Philip Howard and other figures of the English Mission--but I've never mentioned the family connection to the story of St. Thomas More.

St. Robert's grandfather, Sir Richard Southwell, was one of the survivors of the Tudor Dynasty, serving Henry VIII, being imprisoned for his Catholicism during the reign of Edward VI, serving Mary I, and finally being removed from Court--because of his Catholicism--early in the reign of Elizabeth I and dying very rich in 1564. His legitimized son Richard Southwell of Horsham St. Faith's, Norfolk was St. Robert Southwell's son.(Richard of Horsham St. Faith's mother was his father's second wife, but he was conceived while the elder Richard was married to another woman). 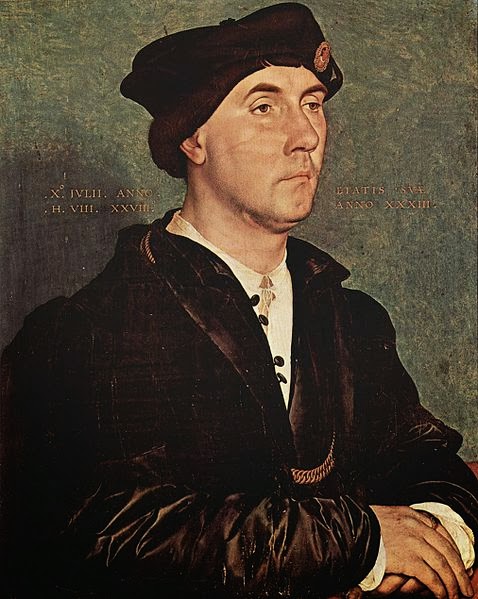 The connection to St. Thomas More? Sir Richard Southwell was one of those the St. Thomas More's cell in the Tower of London taking away More's books and writing materials when Sir Richard Rich supposedly heard More condemn himself by speaking treason. Southwell denied having heard any of the conversation between More and Rich, being busy with the books, but the Court convicted More anyway. While Sir Richard Southwell was willing to benefit from the Dissolution of the Monasteries, at least he was unwilling to corroborate Sir Richard Rich's perjury.

Sir Richard certainly participated in the fall and execution of Henry Howard, the Earl of Surrey, as he presented evidence about Surrey's addition of the arms of St. Edward the Confessor to his heraldic escutcheon--when such arms could only be displayed by the Prince of Wales. While no one could find the escutcheon when they searched for it, Southwell's word was enough to condemn Surrey for treason at the paranoid end of Henry VIII's reign. Surrey's execution and the imprisonment of Thomas Howard, the 3rd Duke of Norfolk were major blows to the Catholic coalition at Court, but Southwell shares more than a first name with Sir Richard Rich--an ability to advance by choosing the winning side in almost every conflict.