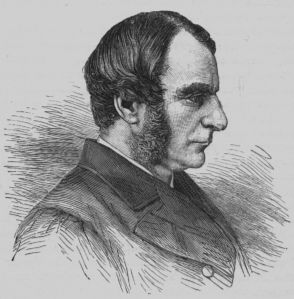 In Leslie Stephen's entry for Kingsley in the Dictionary of National Biography, he comments on Kingsley's controversy with Father John Henry Newman, Oratorian:

In the beginning of 1864 Kingsley had an unfortunate controversy with John Henry Newman [q. v.] He had asserted in a review of Mr. Froude's ‘History’ in ‘Macmillan's Magazine’ for January 1864 that ‘Truth, for its own sake, had never been a virtue with the Roman catholic clergy,’ and attributed this opinion to Newman in particular. Upon Newman's protest, a correspondence followed, which was published by Newman (dated 31 Jan. 1864), with a brief, but cutting, comment. Kingsley replied in a pamphlet called ‘What, then, does Dr. Newman mean?’ which produced Newman's famous ‘Apologia.’ Kingsley was clearly both rash in his first statement and unsatisfactory in the apology which he published in ‘Macmillan's Magazine’ (this is given in the correspondence). That Newman triumphantly vindicated his personal character is also beyond doubt. The best that can be said for Kingsley is that he was aiming at a real blot on the philosophical system of his opponent; but, if so, it must be also allowed that he contrived to confuse the issue, and by obvious misunderstandings to give a complete victory to a powerful antagonist. With all his merits as an imaginative writer, Kingsley never showed any genuine dialectical ability.

Kingsley's health was now showing symptoms of decline. The ‘Water Babies,’ published in 1863, was, says Mrs. Kingsley, ‘perhaps the last book, except his West Indian one, that he wrote with any real ease.’ Rest and change of air had been strongly advised, and in the spring of 1864 he made a short tour in France with Mr. Froude. In 1865 he was forced by further illness to retire for three months to the coast of Norfolk. From 1868 the Rev. William Harrison was his curate, and lightened his work at Eversley. . . .

In 1873 he was appointed canon of Westminster, and left Chester, to the general regret of his colleagues and the people. His son, Maurice, had gone to America in 1870, and was there employed as a railway engineer. Returning in 1873, he found his father much changed, and urged a sea-voyage and rest. At the beginning of 1874 Kingsley sailed for America, was received with the usual American hospitality in the chief cities, and gave some lectures. After a visit to Canada, he went to the west, saw Salt Lake city, San Francisco, the Yosemite valley, and had a severe attack of pleurisy, during which he stayed at Colorado Springs. It weakened him seriously, and after his return in August 1874 he had an attack at Westminster, by which he was further shaken. His wife had a dangerous illness soon afterwards. He was able to preach at Westminster in November, but was painfully changed in appearance. On 3 Dec. he went with his wife to Eversley, catching fresh cold just before. At Eversley he soon became dangerously ill. His wife was at the same time confined to her room with an illness supposed to be mortal, and he could only send messages for a time. He died peacefully on 23 Jan. 1875. He was buried at Eversley on 28 Jan., amid a great concourse of friends, including men of political and military distinction, villagers, and the huntsmen of the pack, with the horses and hounds outside the churchyard. Dean Stanley took part in the service, and preached a funeral sermon in Westminster Abbey (published) on 31 Jan. . . . 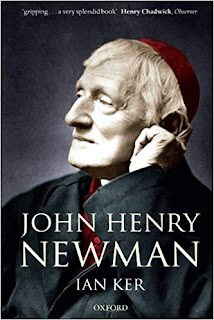 Charles Kingsley died only a few day after the publication of the Letter [to the Duke of Norfolk]. Newman was shocked to hear of his early death. He could honestly say he had never felt anger against him. He had, after all, never even seen him. But experience had shown that it was only by speaking out strongly that people would believe him. This was why he had felt that 'it would not do to be tame, and not show indignation' at Kingsley's charges. He said Mass for his old adversary, who he heard had preached about him in a kindly, if critical, way in Chester Cathedral a few years previously. By his 'passionate attack' on him, Kingsley had inadvertently become one of his 'best friends, whom I always wished to shake hands with when living, and towards whose memory I have much tenderness.'

Dave Armstrong also cites a letter in which Newman refers to Kingsley after his death:

I have ever found from experience that no one would believe me in earnest if I spoke calmly. When again and again I denied the repeated report that I was on the point of coming back to the Church of England, I have uniformly found that, if I simply denied it, this only made newspapers repeat the report more confidently,—but, if I said something sharp, they abused me for scurrility against the Church I had left, but they believed me. Rightly or wrongly, this was the reason why I felt it would not do to be tame and not to show indignation at Mr. Kingsley’s charges. Within the last few years I have been obliged to adopt a similar course towards those who said I could not receive the Vatican Decrees. I sent a sharp letter to the Guardian and, of course, the Guardian called me names, but it believed me and did not allow the offence of its correspondent to be repeated.

As to Mr. Kingsley, . . . I heard, too, a few years back from a friend that she chanced to go into Chester Cathedral and found Mr. K. preaching about me, kindly though, of course, with criticisms on me. And it has rejoiced me to observe lately that he was defending the Athanasian Creed, and, as it seemed to me, in his views generally nearing the Catholic view of things. I have always hoped that by good luck I might meet him, feeling sure that there would be no embarrassment on my part, and I said Mass for his soul as soon as I heard of his death.

Edward Short, whose third volume on Newman (Newman and His Critics) will be published this year, provides some insight into why St. John Henry Newman could express such charity upon hearing of a former opponent's death:

Now I am at work on the third book of the trilogy, which is entitled Newman and his Critics. In this final volume, I show what an enormous debt Newsman owed his critics. After all, they forced him to defend himself, to defend his various positions on faith and reason, orthodoxy and liberalism, belief and unbelief. They put him on his mettle. Consequently, one of the underlying contentions of this final book of the trilogy is that if Newman had not done battle with so many of his contemporaries--in most cases, affable, charitable, constructive battle—he would never have become the great defender of the faith that he became. It was precisely because he spent so much time addressing those who did not share his faith—and among those we must number many in his own family—that Newman became such a compelling apologist.
The critics in my upcoming book include such lively, combative figures as Charles Kingsley and Sir James Fitzjames Stephen, as well as such former disciples as Mark Pattison and Anthony Froude. What is striking about these figures is how they hearken back to Newman’s brothers, Charles and Frank, who would never suffer their brilliant brother to persuade them of the tenability of faith, certainly not the Roman Catholic faith. In all three books, I have endeavored to show my readers that it is only by putting Newman in his immediate context, with his family and his contemporaries and his critics that we can begin to understand the full caritas and genius of the man.”

Charles Kingsley, rest in peace.
St. John Henry Newman, pray for us.
Posted by Stephanie A. Mann at 12:00 AM