The Tradition of Prejudice 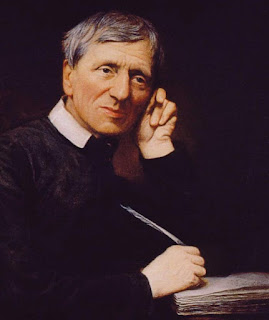 In The Catholic Herald, Professor David Paton asks, in response to a question about the Catholic Church forbidding dissection of the human body during the Middle Ages:

How can it be that such an easily-disprovable slur against the Church is being taught to thousands of youngsters across the country? In fact, the problem seems to be wider than one incorrect statement. I do urge you to read the BBC GCSE Bitesize page in its entirety. It places the blame for lack of medical progress in the Middle Ages almost entirely on the Church. Apart from the mythical ban on dissection, the website criticises the Church’s “encouragement of prayer and superstition” and the “emphasis on authority rather than observation and investigation”. Pupils are also told that the Church’s “belief that disease was a punishment from God” prevented investigation into cures. . . .

It’s a complex subject, and of course no-one wants to whitewash the Church’s record. But is it really fair not to mention the contribution of monks to preserving Greek and Roman learning during the dark ages, the Catholic insistence on the use of reason in academic study, the Church’s sponsorship of universities, the developments in surgery in the 13th century under the patronage of Pope Innocent IV, or the contributions of Grosseteste, Bacon, Magnus and countless other Catholic scientists?

Professional historians will be able to give a more informed view here. Still, the overall content of the webpage (and indeed many standard textbooks) seems to me at best misleading. Frankly, it verges on straightforward anti-Catholic prejudice.

Blessed John Henry Newman answered Professor Paton's question in his 1851 Lectures on the Present Position of Catholics in England, Lecture II. "Tradition the Sustaining Power of the Protestant View":

Now, if I must give the main and proximate cause of this remarkable state of mind, I must simply say that Englishmen go by that very mode of information in its worst shape, which they are so fond of imputing against Catholics; they go by tradition, immemorial, unauthenticated tradition. I have no wish to make a rhetorical point, or to dress up a polemical argument. I wish you to investigate the matter philosophically, and to come to results which, not you only, Brothers of the Oratory, who are Catholics, but all sensible men, will perceive to be just and true. I say, then, Englishmen entertain their present monstrous notions of us, mainly because those notions are received on information not authenticated, but immemorial. This it is that makes them entertain those notions; they talk much of free inquiry; but towards us they do not dream of practising it; they have been taught what they hold in the nursery, in the school-room, in the lecture-class, from the pulpit, from the newspaper, in society. Each man teaches the other: "How do you know it?" "Because he told me." "And how does he know it?" "Because I told him;" or, at very best advantage, "We both know it, because it was so said when we were young; because no one ever said the contrary; because I recollect what a noise, when I was young, the Catholic Relief Bill made; because my father and the old clergyman said so, and Lord Eldon, and George the Third; and there was Mr. Pitt obliged to give up office, and Lord George Gordon, long before that, made a riot, and the Catholic Chapels were burnt down all over the country." Well, these are your grounds for knowing it; and how did these energetic Protestants whom you have mentioned know it themselves? Why, they were told by others before them, and those others by others again a great time back; and there the telling and teaching is lost in fog; and this is mainly what has to be said for the anti-Catholic notions in question. Now this is to believe on tradition.

It does appear that the BBC GCSE Bitesize page--perhaps because of Professor Paton's commentary--has been archived. But the question perdures: why were such falsehoods published in the first place?
Posted by Stephanie A. Mann at 12:30 AM