The Everlasting Man and an Odious Assignment 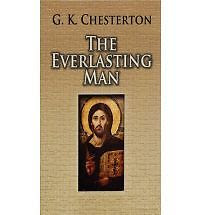 Quoting Chesterton is like quoting Blessed John Henry Newman: you may find the pithy statement you want to cite, but you have to surround it by all the context before and after. In their different ways, Chesterton and Newman advance their arguments so precisely (if not always concisely) that the entire context is essential. That's why people can get in trouble when they cherry pick statements from Newman. Some have used his statement about change to justify change he never intended ("In a higher world it is otherwise, but here below to live is to change, and to be perfect is to have changed often.")--as though he advocated change for change sake. Primarily, they ignore the sentence that precedes it:

But whatever be the risk of corruption from intercourse with the world around, such a risk must be encountered; if a great idea is duly to be understood, and much more if it is to be fully exhibited. It is elicited and expanded by trial, and battles into perfection and supremacy. Nor does it escape the collision of opinion even in its earlier years, nor does it remain truer to itself, and with a better claim to be considered one and the same, though externally protected from vicissitude and change. It is indeed sometimes said that the stream is clearest near the spring. Whatever use may fairly be made of this image, it does not apply to the history of a philosophy or belief, which on the contrary is more equable, and purer, and stronger, when its bed has become deep, and broad, and full. It necessarily rises out of an existing state of things, and for a time savours of the soil. Its vital element needs disengaging from what is foreign and temporary, and is employed in efforts after freedom which become wore vigorous and hopeful as its years increase. Its beginnings are no measure of its capabilities, nor of its scope. At first no one knows what it is, or what it is worth. It remains perhaps for a time quiescent; it tries, as it were, its limbs, and proves the ground under it, and feels its way. From time to time it makes essays which fail, and are in consequence abandoned. It seems in suspense which way to go; it wavers, and at length strikes out in one definite direction. In time it enters upon strange territory; points of controversy alter their bearing; parties rise and around it; dangers and hopes appear in new relations; and old principles reappear under new forms. It changes with them in order to remain the same.  (From The Development of Doctrine, chapter 1, section 1)

But if I must choose one of my favorite passages from The Everlasting Man, I suppose it could be this from Part 2, Chapter 3: The Strangest Story in the World:

Every attempt to amplify that story has diminished it. The task has been attempted by many men of real genius and eloquence as well as by only too many vulgar sentimentalists and self-conscious rhetoricians. The tale has been retold with patronizing pathos by elegant skeptics and with fluent enthusiasm by boisterous best-sellers. It will not be retold here. The grinding power of the plain words of the Gospel story is like the power of millstones; and those who can read them simply enough will feel as if rocks had been rolled upon them. Criticism is only words about words; and of what use are words about such words as these? What is the use of wordpainting about the dark garden filled suddenly with torchlight and furious faces? 'Are you come out with swords and staves as against a robber? All day I sat in your temple teaching, and you took me not.' Can anything be added to the massive and gathered restraint of that irony; like a great wave lifted to the sky and refusing to fall? 'Daughters of Jerusalem, weep not for me but weep for yourselves and for your children! 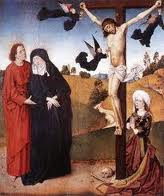 As the High Priest asked what further need he had of witnesses, we might well ask what further need we have of words. Peter in a panic repudiated him: 'and immediately the cock crew; and Jesus looked upon Peter, and Peter went out and wept bitterly.' Has anyone any further remarks to offer? Just before the murder he prayed for all the murderous race of men saying 'They know not what they do'; is there anything to say to that, except that we know as little what we say? Is there any need to repeat and spin out the story of how the tragedy trailed up the Via Dolorosa and how they threw him in haphazard with two thieves in one of the ordinary batches of execution; and how in all that horror and howling wilderness of desertion one voice spoke in homage, a startling voice from the very last place where it was looked for, the gibbet of the criminal; and he said to that nameless ruffian, 'This night shalt thou be with me in Paradise'? Is there anything to put after that but a full-stop? Or is anyone prepared to answer adequately that farewell gesture to all flesh which created for his Mother a new Son?

But I would want to go on with the next brilliance of Chesterton:


It is more within my powers, and here more immediately to my purpose, to point out that in that scene were symbolically gathered all the human forces that have been vaguely sketched in this story. As kings and philosophers and the popular element had been symbolically present at his birth, so they were more practically concerned in his death; and with that we come face to face with the essential fact to be realized. All the great groups that stood about the Cross represent in one way or another the great historical truth of the time; that the world could not save itself. Man could do no more. Rome and Jerusalem and Athens and everything else were going down like a sea turned into a slow cataract. Externally indeed the ancient world was still at its strongest, it is always at that moment that the inmost weakness begins. But in order to understand that weakness we must repeat what has been said more than once; that it was not the weakness of a thing originally weak. It was emphatically the strength of the world that was turned to weakness and the wisdom of the world that was turned to folly.

In this story of Good Friday it is the best things in the world that are at their worst. That is what really shows us the world at its worst. It was, for instance, the priests of a true monotheism and the soldiers of an international civilization. Rome, the legend, founded upon fallen Troy and triumphant over fallen Carthage, had stood for a heroism which was the nearest that any pagan ever came to chivalry. Rome had defended the household gods and the human decencies against the ogres of Africa and the hermaphrodite monstrosities of Greece. But in the lightning flash of this incident, we see great Rome, the imperial republic, going downward under her Lucretian doom. Scepticism has eaten away even the confident sanity of the conquerors of the world. He who is enthroned to say what is justice can only ask, 'What is truth?' So in that drama which decided the whole fate of antiquity, one of the central figures is fixed in what seems the reverse of his true role. Rome was almost another name for responsibility . Yet he stands forever as a sort of rocking statue of the irresponsible. Man could do no more. Even the practical bad become the impracticable. Standing between the pillars of his own judgment-seat, a Roman had washed his hands of the world. There too were the priests of that pure and original truth that was behind all the mythologies like the sky behind the clouds. It was the most important truth in the world; and even that could not save the world. Perhaps there is something overpowering in pure personal theism; like seeing the sun and moon and sky come together to form one staring face. Perhaps the truth is too tremendous when not broken by some intermediaries divine or human; perhaps it is merely too pure and far away.

See what I mean? Do you have a favorite passage from The Everlasting Man--or would you end up quoting most of any chapter like me?

Since that day it has never been quite enough to say that God is in his heaven and all is right with the world; since the rumor that God had left his heavens to set it right.
Posted by Stephanie A. Mann at 12:30 AM