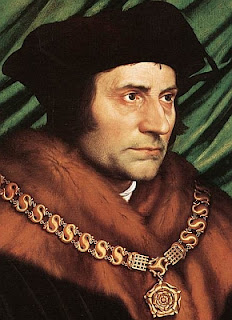 Thatcher's funeral was striking in that it was not, actually, about her. It was about what she thought it important for the mourners to know. The readings were about the fact of God, the gift of Christ, and the necessity of loving your country and working for its betterment. There were no long eulogies. In a friendly and relatively brief address, the bishop of London lauded her kindness and character. No funeral of an American leader would ever be like that: The dead American would be the star, with God in the position of yet another mourner who'd miss his leadership.

The pageantry, for an American, was most moving. The English as always do this brilliantly but I wonder if they understand—they must, but it's not something they acknowledge—that when they bring out and put forward their splendor they are telling the world and themselves who they are and have been. Leading the procession into St. Paul's was the lord mayor of London, in velvet coat, breeches and buckled shoes. On his coat he wore Sir Thomas More's gold chain of office, taken from him before he was killed in the Tower (sic). Imagine a nation that puts such a man to death, contemplates it, concludes in the end it was wrong, and now proudly displays the saint's chain at its greatest events. When I saw it I thought of a recent trip to the Vatican. Touring its archives, we were shown one of its proudest possessions: a letter from Galileo.

Things change. Time changes them. Great nations, and institutions, rethink. But only if they're great.

The chain of office Noonan refers to is the Collar of Esses, which in the detail of the Holbein portrait from this site, you can see is a chain of "S" linked with a Tudor Rose hanging from it. This article has some more detail about the Lord Mayor's Chain of Esses, noting that it is not completely original, and that Henry VIII gave these collars out as rewards for faithful service:

The merciless punishments Henry VIII meted out to his enemies have been well documented. Less is known about how, on the rarer occasions when the king was happy with the service of his courtiers or the country's most eminent noblemen, he liked to give them a golden livery collar or heavy chain as a token of his gratitude.


Henry VIII only awarded around 20 of the chains. They were all engraved with the characters SS, referring to the Latin religious creed, Spiritus Sanctus (Holy Spirit), though none were believed to have survived in their entirety. [I'm not sure what the author is refering to here--the Holy Spirit is the Third Person of the Holy Trinity; Spiritus Sanctus is just the Latin for Holy Spirit.]

Now, however, the first complete "collar of the Esses", as they were known, has been discovered in the family home of the Romantic poet Samuel Taylor Coleridge. The collar was presented to Edward Montagu, the then Lord Chief Justice, by King Henry in the 1540s.

It is understood that the extraordinary find is to be sold in December at Christie's auction house in London, where it is expected to fetch up to £1m.

The only other Esses collar known to be in existence, which is owned by the Lord Mayor of London, is believed to contain just 20 per cent of the original craftmanship, while the new discovery has much more of its original design intact.

A number of silver collars of the Esses, which were handed out to queens and courtiers, survive today, including one on display at the Victoria and Albert Museum. But a gold version of the livery chain was far rarer to behold in Henry VIII's day.

The gold collar famously features in the portrait of Sir Thomas More painted by Hans Holbein, which was used as a background for credits in the television series, The Tudors.


For five centuries England has been in denial about the role of Roman Catholicism in shaping it. The coin in your pocket declares the monarch to be Defender of the Faith. Since 1558 that has meant the Protestant faith, but Henry VIII actually got the title from the Pope for defending Catholicism against Luther. Henry eventually broke with Rome because the Pope refused him a divorce, and along with the papacy went saints, pilgrimage, the monastic life, eventually even the Mass itself – the pillars of medieval Christianity.

To explain that revolution, the Protestant reformers told a story. Henry had rejected not the Catholic Church, but a corrupt pseudo-Christianity which had led the world astray. John Foxe embodied this story unforgettably in his Book of Martyrs, subsidised by the Elizabethan government as propaganda against Catholicism at home and abroad. For Foxe, Queen Elizabeth was her country’s saviour, and the Reformation itself the climax of an age-old struggle between God, represented by the monarch, and the devil, represented by the Pope. . . .

It is time to look again at the Reformation story. There was nothing inevitable about the Reformation. The heir to the throne is uneasy about swearing to uphold the Protestant faith, and it seems less obvious than it once did that the religion which gave us the Wilton Diptych and Westminster Abbey, or the music of Tallis, Byrd and Elgar, is intrinsically un-English. The destruction of the monasteries and most of the libraries, music and art of medieval England now looks what it always was – not a religious breakthrough, but a cultural calamity.

How a nation deals with its past, especially the dark periods of its past, is, as Noonan indicates, an important test of its honesty and humility. The United States certainly has periods it has to deal with honestly and forthrightly, and England, like any other nation, has others to deal with other than the English Reformation. Perhaps this detail of Sir Thomas More's Chain of Esses--which was not really taken from him, but which he surrendered upon his resignation as Lord Chancellor, when he saw the dark era England was about to enter--could be a sign that England has faced the injustice of his execution and acknowledged it. Let's hope so!
Posted by Stephanie A. Mann at 12:30 AM