December 1 at the Venerable English College 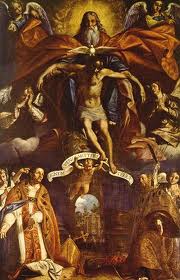 According to this Vatican news story, yesterday was a big day for the Venerable English College in Rome, as they honored their canonized and beatified martyr alumni:

Saturday 1st of December is the day the Venerable English College here in Rome remembers the martyrs of England and Wales in a special way.
Throughout 2012 the Venerable English College has been celebrating a significant milestone in the history of English and Welsh Catholicism: six centuries and a half since the founding of an English and Welsh hospice on this site hidden away in the heart of Rome.
Founded in 1362 it is the oldest English institution outside of England. Although the English presence in Rome precedes this by some five centuries with the establishment of the Schola Saxonum alongside the Vatican Hill in the 8th century.
However with the split between Rome and Elizabeth I, it no longer became possible to train priests at home; and so the Hospice became a seminary to prepare young men for the “Mission to England and Wales”.
So this 1st of December some 120 people are expected for Mass on Martyr’s Day . Among them Archbishop Nichols of Westminster who will be principal celebrant. Presiding in choir will be his predecessor, the Archbishop Emeritus of Westminster, Cardinal Cormac Murphy-O’Connor, Rector of the Venerabile from 1971-77. Other bishops are expected to concelebrate – coming from England and Wales and from the Vatican.
On this same day the College will be honoured by the presence of Their Royal Highnesses 'The Duke and Duchess of Gloucester' representing 'Her Majesty Queen Elizabeth II' at this celebration marking the close of the anniversary year. A reminder of the significant contribution made by the Hospice to the British heritage over several centuries; and in particular of the Royal patronage enjoyed by this house in Tudor times.”

This page on the College website includes a list of the martyrs, starting with St. Ralph Sherwin, executed with St. Edmund Campion and St. Alexander Briant at Tyburn in London on December 1, 1581.
Posted by Stephanie A. Mann at 1:54 AM