Remember, Remember, the Fifth of November! 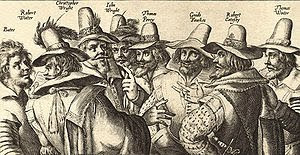 November 5th marks the anniversary of the discovery of the Gunpowder Plot. I think this is one of the saddest episodes of Catholic reaction to the recusancy and penal laws imposed upon them by the English government. It was so desperate and impossible, not to mention absolutely murderous and immoral. Robert Catesby, Guy Fawkes, and the other conspirators thought that they could blow up Parliament and the Royal Family, except for Elizabeth, the oldest daughter whom they would kidnap and force to rule under their control--and the people of England would rise up against their rulers and put them in charge!

Instead they either died on the scaffold as traitors or in fights with local constabularies, implicating priests accused of hearing their confessions and not betraying the sanctity of the Sacrament by reporting them to the government. Priests like Blessed Edward Oldcorne and Henry Garnett, SJ suffered torture and death--while the government tortured St. Nicholas Owen relentlessly to discover the location of the priest hiding holes he'd constructed in Catholic safe houses.

For a couple of centuries, the discovery of the Gunpowder Plot was marked by prayers of thanks for deliverance from Catholic plotting. Bonfire Night and the burning of Guy Fawkes and sometimes the current Pope in effigy also continued for two centuries--and there are still bonfires throughout England and former colonial areas today, but some of the historical and religious implications have faded.

Now there is great concern for pets, who might be frightened by the bonfires and fireworks, as this story demonstrates. 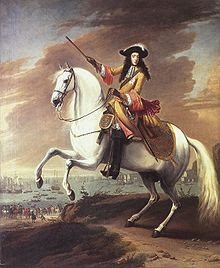 November 5 also recalls the invasion of Prince William III of Orange, landing at Brixham, Torbay in 1688. And this, also, to me is one of the saddest responses of the Anglican elite to the possibility of religious tolerance in England--invite an invasion and depose a legitimately ruling king! William the new conqueror brought a force of around 21,000--mostly foreign mercenaries--including cavalry and artillery. The fact that 1688 was the 1ooth anniversary of the defeat of the Spanish Armada also seemed providential to the Whigs and Tories who rejected James II and his young son and heir. Unlike the Spanish attempt 100 years ago, this invasion would succeed!
Posted by Stephanie A. Mann at 12:04 AM