These two articles piqued my interest, because I was a liberal arts major (English and History) and then went on for an MA in English Literature too. I still look back to my years in college as a time of learning, discussing, and experiencing the thrill of discovering knowledge and truth. Bradley Birzer writes about Christopher Dawson's early/mid-twentieth century concern about the decline not just of the liberal arts as a discipline but of "the significance, love, and cultivation of ideas and respect for the faculty of imagination":

One of the greatest Catholic intellects and writers of the twentieth century, Christopher Dawson (1889-1970), worried deeply about the ideological, political, and cultural crises of the western world during the entirety of his adult life. The root of the problem, Dawson had come to believe between the two world wars, was the fundamental decline in the significance, love, and cultivation of ideas and respect for the faculty of imagination.

For nearly a century, Dawson feared, the western world had, in all of its technological and scientific “progress” simplified its understanding of the immense complexities of man. The great intellects of the nineteenth century—men such as Karl Marx, Charles Darwin, and Sigmund Freud—had narrowed the understandings of what motivates a man, be it economics, biological adaptation, or misunderstood sexual longings at a young age. While any one of these things might be true, it is far more likely that each is true, along with millions of other complicated and complicating factors. Man, Dawson knew, could not be understood in merely simplistic, materialist terms. By his very nature of bearing the infinite Imago Dei, finite man carried a uniqueness within him that was genuine and irreplaceable, no matter how hidden such gifts might be to the person himself.

When Dawson saw this narrowing view of humanity force the individual into a homogenized mass of regulation and conformity, he determined that a revival of the liberal arts was necessary because it reverses the "centralizing, collectivizing, and mechanizing" of the human person with imagination and humility:

The liberal arts must also embrace and engage, at a fundamental level, the faculty of imagination. Only the latter would prevent the narrowing decay of an understanding of the world and the human person. Indeed, the imagination should not only allow a person to place himself within the created order and realize his relations with God and other men (a play on the classic definition of justice, to “give each man his due”), but it should also reveal to the human person just how extraordinarily complicated the world is. Consequently, the liberal arts humble and elevate the human person simultaneously, connecting a person to both time and eternity.

During the sixteen years prior to a series of strokes that forced Dawson into retirement, the English Roman Catholic offered a number of suggestions as to how to revive the liberal arts. He developed a four-year curriculum for Catholic Colleges, began to edit a series of works on the lives of the saints (the real movers of history, from Dawson’s perspective), and the formation of a new religious order dedicated to the Christian intellect. Unfortunately, poor health, poor administration skills, and poor fund-raising abilities hindered Dawson in each of these efforts. 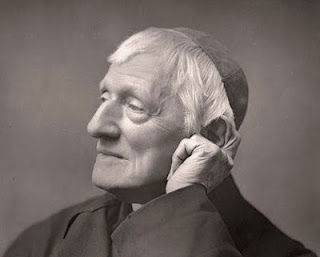 Nevertheless, Dawson was on the right track, I think, and was an heir to Newman's vision of a university as a great "place of concourse", where ideas can be debated and excellence may thrive (see my emphasis):

a University is a place of concourse, whither students come from every quarter for every kind of knowledge. You cannot have the best of every kind everywhere; you must go to some great city or emporium for it. There you have all the choicest productions of nature and art all together, which you find each in its own separate place elsewhere. All the riches of the land, and of the earth, are carried up thither; there are the best markets, and there the best workmen. It is the centre of trade, the supreme court of fashion, the umpire of rival talents, and the standard of things rare and precious. It is the place for seeing galleries of first-rate pictures, and for hearing wonderful voices and performers of transcendent skill. It is the place for great preachers, great orators, great nobles, great statesmen. In the nature of things, greatness and unity go together; excellence implies a centre. And such, for the third or fourth time, is a University; I hope I do not weary out the reader by repeating it. It is the place to which a thousand schools make contributions; in which the intellect may safely range and speculate, sure to find its equal in some antagonist activity, and its judge in the tribunal of truth. It is a place where inquiry is pushed forward, and discoveries verified and perfected, and rashness rendered innocuous, and error exposed, by the collision of mind with mind, and knowledge with knowledge. It is the place where the professor becomes eloquent, and is a missionary and a preacher, displaying his science in its most complete and most winning form, pouring it forth with the zeal of enthusiasm, and lighting up his own love of it in the breasts of his hearers. It is the place where the catechist makes good his ground as he goes, treading in the truth day by day into the ready memory, and wedging and tightening it into the expanding reason. It is a place which wins the admiration of the young by its celebrity, kindles the affections of the middle - aged by its beauty, and rivets the fidelity of the old by its associations. It is a seat of wisdom, a light of the world, a minister of the faith, an Alma Mater of the rising generation. It is this and a great deal more, and demands a somewhat better head and hand than mine to describe it well.

But sadly, this article in The Wall Street Journal demonstrates that universities do not always allow their students' intellects to "safely range and speculate" because their administrations emphasize "safely" I suppose:

"The people who believe that colleges and universities are places where we want less freedom of speech have won," Mr. Lukianoff says. "If anything, there should be even greater freedom of speech on college campuses. But now things have been turned around to give campus communities the expectation that if someone's feelings are hurt by something that is said, the university will protect that person. As soon as you allow something as vague as Big Brother protecting your feelings, anything and everything can be punished."

You might say Greg Lukianoff was born to fight college censorship. With his unruly red hair and a voice given to booming, he certainly looks and sounds the part. His ethnically Irish, British-born mother moved to America during the 1960s British-nanny fad, while his Russian father came from Yugoslavia to study at the University of Wisconsin. Russian history, Mr. Lukianoff says, "taught me about the worst things that can happen with good intentions."

And there's a book about those "worst thing"s:

In his new book, "Unlearning Liberty," Mr. Lukianoff notes that baby-boom Americans who remember the student protests of the 1960s tend to assume that U.S. colleges are still some of the freest places on earth. But that idealized university no longer exists. It was wiped out in the 1990s by administrators, diversity hustlers and liability-management professionals, who were often abetted by professors committed to political agendas.

"What's disappointing and rightfully scorned," Mr. Lukianoff says, "is that in some cases the very professors who were benefiting from the free-speech movement turned around to advocate speech codes and speech zones in the 1980s and '90s."

Today, university bureaucrats suppress debate with anti-harassment policies that function as de facto speech codes. FIRE maintains a database of such policies on its website, and Mr. Lukianoff's book offers an eye-opening sampling. What they share is a view of "harassment" so broad and so removed from its legal definition that, Mr. Lukianoff says, "literally every student on campus is already guilty." More about Unlearning Liberty: Campus Censorship and the End of American Debate here. One of the most ridiculous cases of a university administration going after student was at Indiana University-Purdue University at Indianapolis in 2008: because the student/worker was reading a book titled Notre Dame versus The Klan he was accused and found guilty of racial harassment based on another student/worker referring to the cover of the book! (It offended him because he thought it was a book supporting the KKK.) According to Mr. Lukianoff, the university said that the student, reading a book about "How the Fighting Irish Defeated the Ku Klux Klan" was guilty of racial harassment for "openly reading the book related to a historically and racially abhorrent subject." (Perhaps this university won't show Steven Spielberg's movie Lincoln, because students would be openingly watching a movie related to "a historically and racially abhorrent subject"!--slavery) The university finally backed down, apologized to the student, and cleared his record--but it took FIVE (5) months!
Posted by Stephanie A. Mann at 12:10 AM