News on the Ordinariates in England 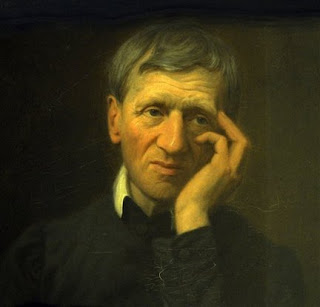 Church of England in crisis as five bishops defect to Rome
The Archbishop of Canterbury, Dr Rowan Williams, is expected to announce the resignations as parishes across the country meet to discuss the Pope’s offer to accommodate disaffected Anglicans within the Roman Catholic Church.
Senior Catholics are finalising plans for a new group for Anglican converts who cannot accept women bishops and a detailed timetable for its formation could be announced as early as next week.
The defections have been triggered by a vote at the General Synod of the Church of England in July to support divisive plans for women to be ordained as bishops in England for the first time.
A compromise plan, backed by Dr Williams, was rejected, leaving many opponents of women’s ordination with no option but to consider leaving the Church.
Pope Benedict XVI announced last year that he would create a new body, known as the English Ordinariate, for Church of England traditionalists who wish to switch allegiance to Rome while retaining some of their Anglican traditions. . . .
Concluding with:
Church wardens are arranging meetings to discuss the move in parishes across England. St Peter’s in Folkestone, in the Archbishop of Canterbury’s own diocese, became the first parish to declare publicly that it intended to join the Ordinariate last month.
Holy Trinity church in Reading is expected to make a decision on whether to follow in the next few weeks. Meetings are also planned at St John the Baptist church in Sevenoaks, Kent, and Holy Trinity, Winchmore Hill, in north London.
Fr David Elliott, parish priest at Holy Trinity in Reading, said many traditional Anglo-Catholics felt “squeezed” by liberal reforms in the Church of England.
“For congregations like this it is a big moment in their history,” he said. “These decisions aren’t made lightly. I haven’t resigned but I don’t see that there can be a future for Catholics within the Church of England.
“My own future I think does lie in the Roman Catholic Church but I can’t say when that will be. Obviously I have got to weigh up my responsibilities to the congregation.”
Commentary from:
Once I Was a Clever Boy.
Father Dwight Longenecker.
Notice that quote: " . . . I don't see that there can be a future for Catholics within the Church of England"--that's the difficulty that Blessed John Henry Newman wrestled with in the early 1840's until his conversion in 1845. Between the Broad church on one side and the Low church on the other, the "catholic" via media as he tried to frame could not last.
And the National Catholic Register agrees: as James Kelly notes,

Just weeks after the beatification of Cardinal John Henry Newman, the death knell may have been struck for his original idea of the Church of England as a middle way between Protestantism and Catholicism. This notion, which he subsequently disowned, became the basis of the Anglo-Catholic wing within the Church of England.

Newman himself realized that this experiment was impossible, hence his reception into the Catholic Church. And it now appears to be at an end. The announcement that five Church of England bishops are resigning to take advantage of Pope Benedict XVI’s apostolic constitution, Anglicanorum Coetibus, indicates that fence-sitting is no longer an option.
Posted by Stephanie A. Mann at 2:10 AM