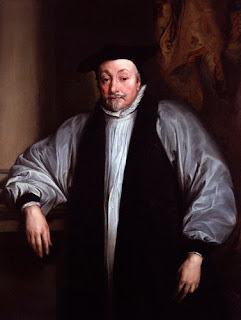 William Laud became Archbishop of Canterbury on 19 September 1633. His High Church liturgical practices, Arminian theology, and use of the Church Courts soon angered the Puritans in Parliament. Queen Henrietta Maria, on the other hand, was never happy with Laud because of his anti-Catholic views. Laud encouraged King Charles I to pursue uniformity in the Church of England, forcing or attempting to force the Kirk in Scotland to conform to the ritual of the Book of Common Prayer.

Parliament arrested Laud and had him held in the Tower of London. He was tried without result and then attainted for treason by Parliament and executed on January 10, 1645. Laud is now remembered as a Reformation Martyr by the Church of England and his name is included on a plaque in the University Church of St. Mary the Virgin in Oxford honoring English martyrs of the Reformation associated with the University (Catholic, Anglican, and Puritan) who were victims of Henry VIII, Mary I, Elizabeth I or Parliament! 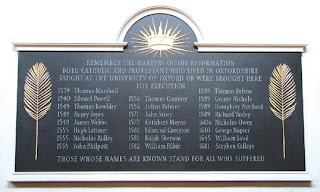