Suppressed But Not Defeated: the Benedictines of England 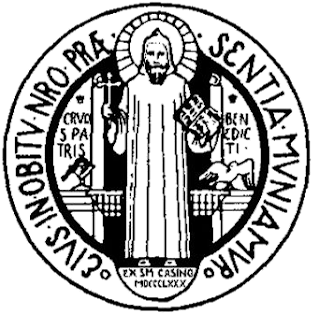 As James Kelly writes in The Catholic Herald of the Benedictine Order in England after the Dissolution of the Monasteries:

The significance of what they represented was not lost on them: as several monks testified at their martyrdoms, they were from the same order as the first missionary to England, St Augustine of Canterbury, “from whom,” as George Gervase, executed in 1608, put it, “England acknowledged that she had received the Christian faith”.

Like the other missionary clergy who had been secretly entering England since the 1570s, these missionary monks brought with them the Catholic Reformation. Imbued with the zeal of a movement then sweeping Catholic Europe and, increasingly, far-flung parts of the globe from Asia to America, they were agents for the transfer of religious and intellectual ideas gaining ground in mainland Europe.

But nor were they solely about the new: they also tracked down the last surviving monk of Westminster Abbey. By the start of the 17th century, the infirm Sigebert Buckley lived under a form of house arrest. In 1607, he aggregated two of the new monks to him, thereby ensuring the continuity of the English Benedictines from the medieval period. As the new monastic movement grew and the monks re-founded the English Benedictine Congregation in 1619, this symbolic act took on greater significance. . . .

This is the text of that key document, aggregating the two monks to guarantee continuity from St. Augustine of Canterbury to 1607:

I, D. Sebert, otherwise Sigebert, priest and monk of the monastery of St. Peter, Westminster, of the Congregation of England of the Order of St. Benedict: lest the rights, privileges, insignia, should perish which were formerly granted by Princes and Pontiffs and which for some years, God so permitting, have been preserved in me the sole survivor of all the English monks: did at London in the year 1607, the 21st day of November, with the consent of their superiors receive and admit as brethren and monks of the said monastery D. Robert Sadler of Peterborough and D. Edward Maihew of Salisbury, English priests and monks professed of the Cassinese Congregation of St. Justina of Padua: and to them did grant, impart and assign all rights, privileges, ranks, honours, liberties and graces which in times past the monks professed and dwelling in the said monastery did enjoy. And the same by these presents I do again approve, ratify and confirm. And I do receive and admit as monks, brethren, lay-brethren, oblates of the said monastery – and to them do grant, impart and assign all rights, privileges, as above, all those whom D. Thomas Preston of Shropshire, D. Augustine [Smith] and D. Anselm [Beech] Lancastrians, and D. Maurus [Taylor] of Ely have admitted or received as monks, lay-brethren, oblates, and to whom they have granted the rights, &c, as above: since to them I did grant authority and power so to admit, &c, as appeareth more at large in my letters of the 21st November 1607: the which [letters] as to all and each of their parts I do by virtue of these presents hold ratified and confirmed, and will so hold them in perpetuum. Given at Punisholt, otherwise Ponshelt, Anno Domini 1609, the 8th day of November, in the presence of the underwritten Notary and witnesses."

It meant that the English Benedictines of the 17th century could lay claim to the old monastic properties which the Order had once enjoyed. As such, the English Benedictines throughout the period elected priors of, for example, Durham, Canterbury and Ely cathedrals, ready for the moment when England – as they believed, inevitably – returned to the Catholic faith.

This did not stop the monks forming new houses in exile, three of which remain to this day. St Gregory’s, founded at Douai in northern France in 1606, is now better known as Downside Abbey; St Laurence’s, founded in the town of Dieulouard in Lorraine in 1608, is now Ampleforth Abbey; St Edmund’s, Paris, founded in 1616, is now settled at Woolhampton, Berkshire, as Douai Abbey.
Posted by Stephanie A. Mann at 12:30 AM