From the Gorkum Martyrs to William the Silent 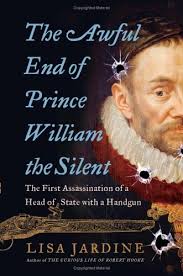 Another victim of religious hatred, William the Silent was shot to death by the French Catholic Balthasar Gerard on July 10, 1584. Lisa Jardine, author of The Awful End of Prince William the Silent, describes his death:

As William turned and made to ascend the stairs, Balthasar Gérard, an agent recently recruited to provide intelligence on the activities of the enemy Spanish troops under the command of the Prince of Parma, stepped forward from the assembled company. Pointing a pistol at William’s chest, he fired at point-blank range. He had loaded his single-barrel handgun with three bullets. Two passed through his victim’s body and struck the staircase wall; the third lodged in William’s body ‘beneath his breast’. The prince collapsed, mortally wounded. He was carried to a couch in one of the adjoining rooms, where his sister and his distraught wife tried to staunch the wounds, to no avail. William the Silent died a few minutes later.

In the ensuing pandemonium, the assassin dropped his weapon and fled, pursued by Roger Williams and others from among the party of diners. Gérard was apprehended before he could escape over the ramparts behind the royal lodgings. Cross-questioned on the spot (and, one imagines, brutally manhandled in the process), he ‘very obstinately answered, that he had done that thing, which he would willingly do if it were to do again’. Asked who had put him up to the attack, he would say only that he had done it for his king (the Spanish king, Philip II) and his country; ‘more confession at that time they could not get out of him’. Questioned again under duress later that night he told them that he had committed the murder at the express behest of the Prince of Parma and other Catholic princes, and that he expected to receive the reward of twenty-five thousand crowns widely advertised in Philip II’s denunciation of Orange as a traitor to Spain and a vile heretic. 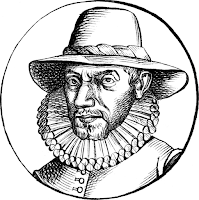 As awful an end this was, the fate of the assassin was more awful, as Jardine continues:

Subjected to extreme torture, Gérard steadfastly insisted that he had acted alone, refusing to name any co-conspirators or to implicate anybody else to whom he might have spoken in advance of his intended action. This act of assassination was, it appeared, the deed of a solitary fanatic, a loner with an intense commitment to the Catholic Church and a faithful upholder of the legitimacy of the rule of Philip II in the Netherlands, and so it was reported in the many broadsheets and pamphlets which circulated the news rapidly across Europe.

This website describes the torture, and the description is not for the faint-hearted:

The regicide was beaten immediately after his capture, then subjected to a variety of cruelties, from wet leather boots which, when heated, both crushed and burned the feet, to daily floggings while hanging on a post outside the jail.

And, finally, he was executed four days per this sentence after his crime on July 14, 1584 :

Awful violence, then and now, even to read! This assassination stunned Elizabeth I, adding to her fears that Catholic agents could be plotting to kill her. No wonder she and her government reacted so cruelly to the Babington plot, although she did have to order that the second round of conspirators were executed a little less horribly.
Posted by Stephanie A. Mann at 12:30 AM