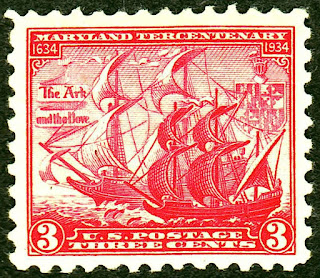 How did Catholicism come to the United States of America? EWTN sets out to answer this question in a new eight-part mini-series “Catholic Beginnings: Maryland” that begins at 6:30 p.m. ET, Sunday, July 3 and runs through Sunday, July 10. The series, hosted by Father Charles Connor of St. Mary’s Seminary in Emmitsburg, Md., begins on St. Clements Island in Southern Maryland. Throughout the week, you will explore other famous Catholic sites such as the historic “Dove” ship, colonial St. Mary’s City and St. Inigoes, Maryland; Newtown Manor and St. Francis Xavier cemetery; St. Francis Xavier and St. Ignatius Churches; as well as the Carmel monastery at Port Tobacco.

How many people who visit St. Clements Island today realize they are standing on the ground where the first Catholic Mass in what would become the United States was celebrated? How many realize that the first cross in what would be the U.S. was erected on this island by Jesuits, who were fleeing religious persecution in England? How many realize that the settlers, who were seeking religious freedom in the New World and granting it to others, would later be denied this freedom themselves?

If you want an overview of the history of Maryland's founding, you could read the article I wrote for OSV's The Catholic Answer Magazine a few years ago:

George Calvert, Lord Baltimore, the founder of the Maryland colony, had gone with the flow since his early adolescence: when he was 12 he was confirmed in the Church of England. Previously, his parents had been recusant Catholics in Yorkshire, refusing to abandon their faith. But local officials intervened and George’s Catholic education and reading ceased. After attending the University of Oxford, he rose steadily in government and supported King James I in his goal to see the Prince of Wales married to the Catholic Infanta of Spain. After the marriage negotiations failed and Calvert’s first wife died in childbirth, he announced his retirement and reversion to his childhood Catholic faith.

Then Calvert set out to found a colony in the New World where Catholics could prove their loyalty to the monarch without renouncing their faith. Obtaining charters from James I and then his heir, Charles I, Calvert planned colonies at Avalon in Canada and then in Maryland — named for Charles’ Catholic queen, Henrietta Maria — bordering Virginia.

Although he died before the Maryland colony started, he left his son Cecilius Calvert a project for Catholics and Anglicans to live and work together in peace and prosperity. . . .
Posted by Stephanie A. Mann at 12:30 AM