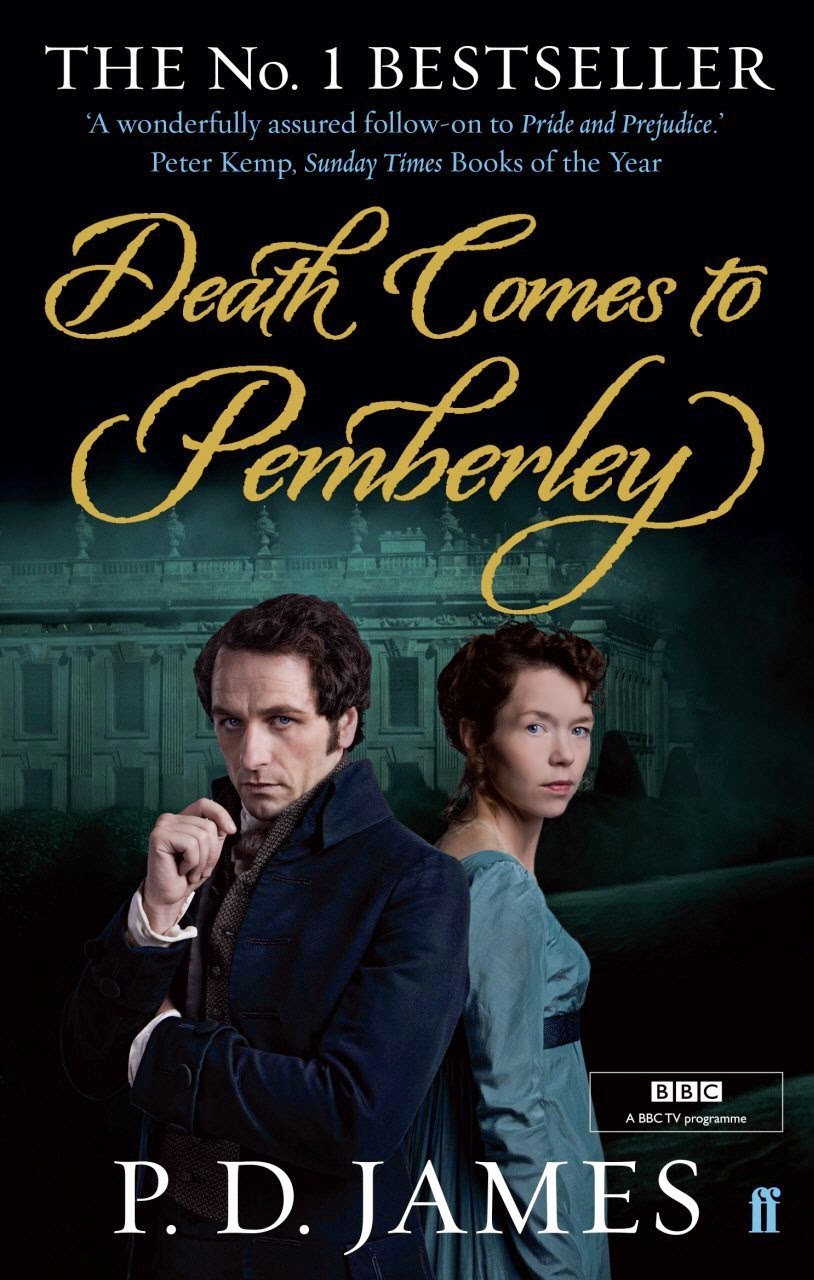 P.D. James apologizes to Jane Austen for writing this pastiche, a mystery novel sequel to Pride and Prejudice. Perhaps she should have apologized to Elizabeth Bennett Darcy, whose character is the one done harm, not Jane Austen herself. Since the mystery of who murdered--why was the title not Murder at Pemberley?--Captain Denny dominates the story, Elizabeth does not have the opportunity to sparkle with wit and humor at others' follies, although it is reported that she has done so on occasion. Only after the crisis of the murder, the inquest and the trial do we see flashes of Elizabeth's character created by Austen.

James creates links to Pride and Prejudice and other Austen fiction throughout the novel with references to previous events and characters like Anne Eliott from Persuasion and Harriet Smith from Emma. But since there's a mystery to to be solved, the focus is on the investigation of the crime: interviews, confessions, and legal proceedings dominate the action. Elizabeth's input throughout the novel is to manage the household, take care of her sister-in-law Georgiana, visit the tenants in the cottage on the estate, and assist Darcy in practical matters. She notices things about the tenants and she is certainly involved in Georgiana's prospective choice between two suitors, but so much has to be deferred while Captain Denny's accused murderer is under investigation and on trial. Darcy is involved in most of the legal proceedings as witness and brother to the accused (Wickham); Elizabeth may accompany him to London for the trial but there is no possibility that she will attend it, for example.

James begins the novel back with the Bennetts at Longbourn as Mrs. Bennett is so relieved to have married off four of her five daughters--and you might be surprised at the one who got married and which one is still at home. She and Lydia, Lady Catherine de Brough, and Mr. Collins are as irritating as ever, while Elizabeth has second thoughts about her good friend Charlotte who married Mr. Collins after Elizabeth turned him down. The mood of the novel is dark. Judging by the synopsis of the second episode of the BBC adaptation, that dramatization overstates Darcy's second-guessing of his marriage to Elizabeth.

All ends well, however. To comment on the presence of clergymen in this novel: Good Church of England pastors like the Reverends Mr. Oliphant and Cornbinder come off well as practical men of good sense and kindness. Mr. Oliphant protects the Darcy family from the curiosity of those attending Sunday services with an incomprehensible and long sermon and conversation after the service is over. He and Dr. McFee (a good name for a doctor: "make fee") take crucial action while Reverend Corbinder helps both Wickham and Darcy. But the Reverend Mr. Collins is the same Mr. Collins, insulting Elizabeth while angling for a better living at Pemberley!

I don't know if I can really recommend Death Comes to Pemberley; James is well known as an excellent writer--and she does recreate Austen's prose style with an opening sentence that echoes the beginning of Pride and Prejudice--but perhaps like so many other fans of Jane Austen, she should have been satisfied by Austen's accomplishments.
Posted by Stephanie A. Mann at 12:30 AM