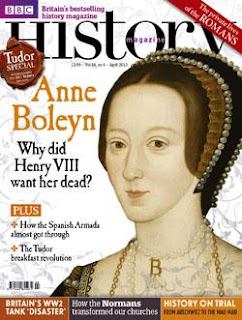 Early in 1975 the Lambeth Palace Librarian noticed a troubling gap on the shelves where some important books had been kept. The books could not be found and a search of the rest of the Library showed that this gap was not unique. On examining the card catalogue it was discovered that the catalogue cards for the missing items had also been removed. This made it difficult to ascertain exactly what was missing but it was thought that around sixty items had been removed from the Library. The police were informed and the bookselling community notified. None of the books was recovered, however, and the trail went cold.

Over thirty-five years later, in February 2011, the newly appointed Librarian, Giles Mandelbrote, was contacted by a solicitor who was dealing with the estate of the culprit, who had recently died. The solicitor had received a letter containing a full confession and giving the location of the books. In a London attic the Librarian and a colleague discovered not 60 books but around 1,400 individual titles. The recovered books included numerous rare and important volumes, many of which were beautifully illustrated. A large proportion of the books had belonged to the libraries of the Elizabethan and Jacobean archbishops John Whitgift, Richard Bancroft and George Abbot and had been part of the Library’s original foundation collection in 1610.

This important group of books has come back to Lambeth Palace Library where it is being catalogued and where our team of conservators are repairing the damage that had been done in trying to remove all traces of the original provenance of the books. They will soon be available for consultation by scholars.

That penultimate sentence indicates that the thief must have hoped to sell the books -- and indeed might have succeeded in selling some of the books he or she stole -- because one of notes in the BBC History Magazine is that "booksellers across Britain and beyond" cooperated in the search for the missing books.

As the BBC History Magazine also notes, the recovery of these books and their eventual return to the catalog may be important for further study of of the reigns of these three Archbishops of Canterbury. John Whitgift was Elizabeth I's last Archbishop of Canterbury and at least they agreed upon their dislike of Puritans in the Church of England. Richard Bancroft succeeded Whitgift during the reign of James I and many of the books stolen had been from his reign. George Abbot was a fierce opponent of Catholics and it was during his tenure that many martyrs died during James I's reign.
Posted by Stephanie A. Mann at 12:30 AM