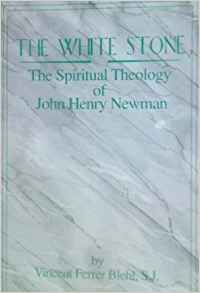 Father Vincent Ferrer Blehl, SJ died on November 14, 2001. As this obituary in The Independent , noted, his life and academic career had many connections to St. John Henry Newman:

Native of the Bronx, Professor of English Literature, Jesuit of the New York Province, 21-year resident of Europe working for the canonisation of a Londoner – all these facts about Vincent Blehl seem like shards from rather incompatible ciphers until one recognises the indicating number – John Henry Newman – the priest, theologian, poet, preacher, and extraordinary man of God.

Vincent Ferrer Blehl was born in 1921 and at the age of 18 entered the Society of Jesus. His studies were commenced at Woodstock College, Maryland, against an increasingly dark international background (the Roosevelts were near neighbours and Blehl often spoke of their kindness in allowing the young students to use part of their grounds for recreation). An MA in English followed, and Blehl's dissertation had the 19th-century English cardinal Newman for its subject (he had developed a keen interest in Newman's Grammar of Assent when at Woodstock). Blehl's doctoral work at Harvard had the same focus.

Father Blehl worked with Father Charles Stephen Dessain of the Oratory and hoped to work further on Newman's Cause for Canonization, but his superiors had other assignments for him, including the chairmanship of the Department of England at Fordham University. But he finally had his chance to make a great contribution to Newman's Cause:

While Newman's cause had been put firmly on the right track in 1959, the engine had refused to move for 20 years. Those who had been involved were either tied to other commitments, and/or were totally baffled as to how the work might be tackled. In 1979 some exploratory investigations were being undertaken to establish what should be done and how. Learning about this, Blehl was immediately bursting with enthusiasm. He was confident that his superiors would allow him to take early retirement from Fordham and move to Europe and devote himself full time to the work of the cause. The Archbishop of Birmingham constituted a new Historical Commission, with Vincent Blehl as chairman.

Assessing priorities was not always easy at first but by 1984 it was clear what needed to be done and Blehl led those concerned on a rollercoaster which led to the successful completion of the diocesan enquiry in 1986. The cause was then sent on to Rome, and, at this point, Blehl was appointed Postulator, and, as such, was responsible for drawing up the Positio or documentary case for Newman's canonisation. This was finished in 1989 and completed the rounds of the Sacred Congregation's committees of consultors with record speed. In January 1991, Pope John Paul II issued the decree of heroicity of virtue and declared that John Henry Newman was forthwith to be called "Venerable". 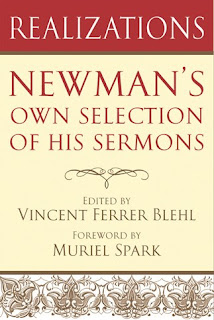 He also published several books about Newman or collections of Newman's sermons, letters, and other works. Father Blehl was devoted to making sure that Newman's spirituality and devotion to Jesus Christ were better understood. The White Stone: The Spiritual Theology of John Henry Newman is a great example of this, as is Blehl's introduction to a collection of sermons which includes a foreword by Muriel Spark, whose reading of Newman led her to join the Catholic Church.

Although Father Blehl did not live to see Newman beatified or canonized, his soul surely knows that his work helped the Cause.