Newman on Papal Infallibility, Then and Now 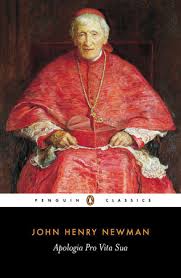 Father John Hunwicke, a priest of the Personal Ordinariate of Our Lady of Walsingham and a famous blogger, writes about Newman's concern before the First Vatican Council about Papal Infallibility for First Things. Father Hunwicke is writing in the context of Pope Francis' pontificate, but I am interested in Newman's ability to find the third way, neither being Ultramontane (relying on the Pope's decrees to an excessive degree) nor Cisalpine (ignoring the Pope):

Perhaps the greatest Anglican intellect of the late twentieth century, Henry Chadwick, described Blessed John Henry Cardinal Newman as “a formidable controversialist, as supreme a master of irony and satire as any in our literature.” There can be little doubt that Newman's skills both dazzled his followers and admirers, and infuriated those whose own ecclesial comfort required them to evade his conclusions. In the febrile aftermath of the “Papal Aggression,” the restoration of the English Catholic hierarchy in 1851, Julius Hare, Archdeacon of Chichester, read a Charge to the clergy of his archdeaconry, in which he unloaded his wrath on “Dr. Newman's Circaean talent for metamorphosing historical facts.”

Newman has employed a large portion of his time and of his ingenuity in the twofold process of transmuting fable into history and history into fable, until he seems to have almost lost the perception that there is any real, abiding distinction between them, and to fancy that they become one or the other at the touch of a sophist’s wand.

In our own day, as controversy swirls around the Bishop of Rome, we have much to learn from one particular touch of Newman’s “wand”—his account of what the pope can and cannot do.

In the Apologia pro Vita Sua of 1864, Newman takes up a criticism leveled against Catholicism—namely, that it is intransigent. Rather than denying this charge, he accepts and strengthens it, then characteristically turns it against the Church’s critics:

It is one of the reproaches urged against the Church of Rome, that it has originated nothing, and has only served as a sort of remora or break in the development of doctrine. And it is an objection which I embrace as a truth; for such I conceive to be the main purpose of its extraordinary gift.

Newman denied that Rome was the site of innovation. He saw that “the Church of Rome possessed no great mind in the whole period of persecution,” nor in the centuries that followed. “For a long while, it has not a single doctor to show: St Leo, its first, is the teacher of one point of doctrine.” Just as Peter was not the dazzling originator of new teaching, his successors have more often served as a brake on innovation than as its impetus. 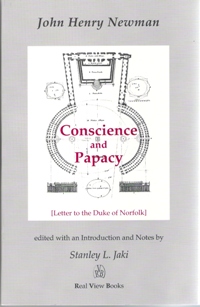 Before the First Vatican Council in the late nineteenth century, Newman feared that the kind of Ultramontanism William Ward anticipated, with a Papal Decree published everyday, would result. When Newman wrote his response to former Prime Minister Gladstone's attack on Papal Infallibility as a danger to the British government, he argued for the same limitation and balance that Father Hunwicke notes the German bishops cited against Bismarck's Kulturkampf fears, which Pope Pius IX endorsed:

Despite the misgivings of Blessed John Henry Cardinal Newman, Vatican I led to a welcome clarification in Catholic thinking about the Roman primacy. Vindicating Newman's root conviction that doctrinal clarification normatively results from the repudiation of error, this clarification arose from an attack made upon the Council and the Church by Chancellor Bismarck. The German episcopate issued a ringing response to Bismarck, asserting that

even as far as concerns ecclesiastical matters, the pope cannot be called an absolute monarch, since indeed he is subject to Divine Law and is bound to those things which Christ set in order (disposuit) for his Church. He cannot change the constitution of the Church which was given to it by its divine Founder. … The constitution of the Church in all essential matters is founded in the divine arrangement (ordinatione) and is therefore immune from every arbitrary human disposition.

Their lordships went on to emphasize that papal infallibility “is restricted to the proper meaning of the supreme papal Magisterium; [which] indeed coincides with the extent of the infallible Magisterium of the Church herself and is bound to the doctrine contained in Holy Scripture and in Tradition and to the definitions already made by the Church's Magisterium.”

The German press appears then to have suggested that the German hierarchy had watered down the conciliar definitions and produced a document that was viewed with disfavor in Rome. Pio Nono himself responded by endorsing the German statement, in a manner too lengthily and exuberantly fulsome to be quoted in full.

Please read the rest there. I'm thinking about Newman and conscience and Newman and Papal Infallibility again now because of some presentations I'll be making in July this year at the Spiritual Life Center. Stayed tuned.
Posted by Stephanie A. Mann at 12:30 AM