The Spanish Armada and Ireland 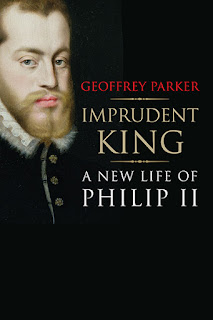 A ceremony to remember the 1,100 soldiers from three Spanish Armada ships who perished at Streedagh, Co Sligo, more than four centuries ago has been held on the beach there. Hundreds of local people stood for a minute’s silence as the Last Post was played and a wreath carried to the sea by members of the Sligo Sub Aqua Club on Saturday afternoon.

Eddie O’Gorman, chairman of the Grange Armada Development Association, said it was important to mark the spot where so many lost their lives 427 years ago. “Those people got neither a wake nor a burial,” he said.

Locals and tourists etched 1,100 crosses into the sand on the beach to mark each life lost when, in violent storms on September 25th, 1588, three ships from the Armada were driven ashore and wrecked there. La Lavia, La Juliana and the Santa Maria de Vision were part of Philip II of Spain’s failed attempt to invade England.

Ireland of the Welcomes describes the discovery of these ships and the contemporary details from a survivor:

The remains of these ships have lain undisturbed on seabed of a small beach off coast of Sligo for 397 years. The final resting place of wrecks of ships La Lavia, La Juliana, and Santa Maria de Vision that were part of Philip II of Spain’s great fleet lie at bottom of sea in Streedagh Strand which is near village of Grange in County Sligo in north western coast of Ireland. In a landmark discovery wrecks were detected by members of Streedagh Armada Group in May, 1985. The search was led by Steven Birch, who, with his team of English divers made groundbreaking discovery of what remains of ships in Streedagh. Although fact had been known locally since time of wreckings, this was first search that verified existence of Armada ships in this area. Dr. Colin Martin, Armada historian and specialist underwater archaeologist officiated, and sites were recorded. Due to exposed nature of their location three cannons were removed for preservation and subsequently retrieved by Office of Public Works for safekeeping. They are now held in Collins Barracks museum in Dublin where they are exhibited to public. . . .

The three ships had become detached from their squadron, and drifted off coast of Streedagh. A westward wind was howling and ships had few anchors, having cut them at English fire ship attack near Calais. They were hit by Atlantic storm, and lifted as pounding waves on seaward side forced them over. Eventually vessels rapidly broke up.Since then issue of ownership of wrecks has been a subject of contentious dispute and complicated legalities. After much legal dispute it was finally ascertained that ownership of wrecks was to be designated to Irish State who now acts as a protector to these sites. There is also another important aspect to events of Streedagh in 1588. One of Spanish aboard La Lavia who escaped subsequent massacre ashore, lived to tell tale, outlining what happened in a letter.

It is estimated that from three vessels about 1,800 men drowned, rest came ashore at Streedagh. The English George Bingham’s army killed 140 Spanish at Streedagh. However, even before English forces arrived, surviving Spanish had to deal with Irish. Thousands of Irish natives gathered in sparsely populated Streedagh, beach now littered with bodies, flotsam and injured. Several Irish attacked (but contrary to popular view at time, did not kill) Spanish, instead they took their money, clothes, jewelry and whatever could be salvaged from ships. Having escaped, de Cúellar’s now famous testimony records his epic journey. He found refuge from friendly chieftains (O’Rourke and McClancy) in then English-garrisoned North County Sligo/Leitrim. De Cúellar also witnessed much cruelty, arriving at nearby Staid Abbey he found ‘twelve Spaniards hanging within church by act of Lutheran English.’ Later, after being forced to work as a blacksmith in Glenade valley de Cúellar fetches up at McClancy castle at Rossclogher, Lough Melvin, County Leitrim and spent his days telling fortunes to women.

There is a new biography of Philip II of Spain by Geoffrey Parker. Yale University Press describes it thus:

Philip II is not only the most famous king in Spanish history, but one of the most famous monarchs in English history: the man who married Mary Tudor and later launched the Spanish Armada against her sister Elizabeth I. This compelling biography of the most powerful European monarch of his day begins with his conception (1526) and ends with his ascent to Paradise (1603), two occurrences surprisingly well documented by contemporaries. Eminent historian Geoffrey Parker draws on four decades of research on Philip as well as a recent, extraordinary archival discovery—a trove of 3,000 documents in the vaults of the Hispanic Society of America in New York City, unread since crossing Philip’s own desk more than four centuries ago. Many of them change significantly what we know about the king.

The book examines Philip’s long apprenticeship; his three principal interests (work, play, and religion); and the major political, military, and personal challenges he faced during his long reign. Parker offers fresh insights into the causes of Philip’s leadership failures: was his empire simply too big to manage, or would a monarch with different talents and temperament have fared better?
Posted by Stephanie A. Mann at 12:30 AM