Lost Works Found in Munich: The Rape of Europa Revisited 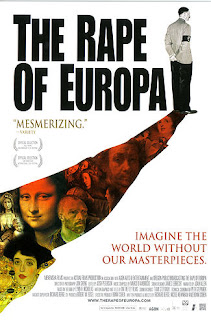 I find the documentary, The Rape of Europa, about Nazi (and Communist) thievery of the art collections of Europe and particularly Europe's Jewish art collectors, haunting and disturbing. It's haunting to think of the works of art still missing and it's disturbing to note that the confiscation of the artworks from the Jewish owners was part of the great Nazi goal to obliterate the Jewish people.

Now comes the story that many works of art were found in 2011--in an apartment searched in the course of a tax evasion investigation:

The legacy of Nazi war crimes resurfaced on Monday when a German magazine reported that a trove of artworks looted from Jewish collectors had been discovered in a Munich apartment. According to the weekly Focus magazine, the hoard of paintings could be worth more than a billion dollars, as it includes masterpieces by Henri Matisse, Pablo Picasso, Marc Chagall and Paul Klee. German authorities discovered the works almost by accident in the home of Cornelius Gurlitt, the son of a Munich art collector. As the details of the case have continued to emerge so have the questions about the German authorities’ decision-making.

The problem is that the art was found in 2011 and the news is just now being reported in 2013. In fact, Cornelius Gurlitt was able to auction off one of the works--which Adolf Hitler would have termed "degenerate" art--even after authorities found the treasure trove.

One of the deeply disturbing issues in The Rape of Europa is how hard it is for families to get their property back. The documentary focuses on the Bloch-Bauer family and the portraits of Adele Bloch-Bauer by Gustav Klimt. Government authorities, judges, and museums are reluctant to part with ill-gotten gains: it seems a matter of justice to me that the rightful owners should receive their property. One of the concerns with this case is that authorities are hiding the hidden art. The BBC notes that: 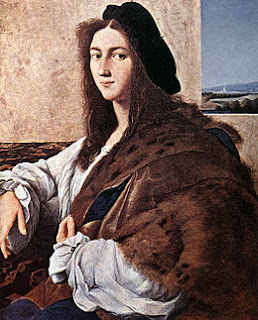 Art is the last unfinished business of World War Two. Though the Allies uncovered large numbers of stolen paintings in 1945 in the Alt Aussee salt mines near Salzburg, and in a castle south of Munich, an unknown number have been lost forever. Russia holds more than 120,000 wartime art objects in three museums round Moscow.
In many cases, the quality of vanished art was the highest. An important Raphael - Portrait of A Young Man - taken from Catholic owners in Poland heads a list of missing art which amounts to a small National Gallery: paintings by Rubens, Van Dyck and Rembrandt to the fore.  [Note that someone knows something about where this Raphael painting is--that it's in a bank vault somewhere safe and should be returned to Poland someday soon, according to this story from 2012.]

Five years ago Austria revealed the existence of more than 10,000 paintings and sculptures, hidden since 1945 in monasteries along the Danube and in state institutions.

Their Jewish owners had not been traced; how hard the Austrian government had tried to trace them was not made clear.

An Austrian list exists on the internet for descendants of the original owners to come forward - if, that is, they can prove the ownership of Jews in concentration camps, or who fled in panic without documents or photographs as Nazi forces approached.

London dealers close to the "restitution" business predict that 100 to 150 paintings will come off the walls of German museums in the next 25 years and be restored to the families of their original owners.

As paintings washed around Europe in the 1950s without clear ownership, German museums whose collections of the 20th Century had been wiped out by Hitler bought what they could, at cheap prices, without asking too many questions.


The past now catches up with the present. Lawyers in Vienna and Berlin now offer "no win no fee" deals to the descendants of concentration camp victims.
Posted by Stephanie A. Mann at 12:30 AM