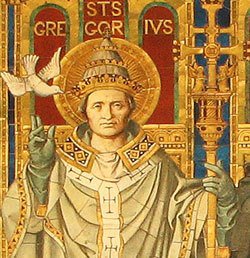 Blessed Christopher Bales was born in Durham, England, and educated in Rome, Italy and Rheims, France. He was ordained in Douai, France in 1587. He returned to England in 1588 to minister to covert Catholics and used the name Christopher Evers. He was arrested and martyred (hanged, drawn, and quartered) on March 4, 1590 on Fleet Street in London for the crime of being a priest. He was beatified on December 15, 1929 by Pope Pius XI.

When he was tried under the Elizabeth statute making it an act of treason for a Catholic priest to be present in England, he asked the judge, "This only do I want to know, whether Saint Augustine [of Canterbury] sent here by [Pope] St. Gregory [the Great] was a traitor or not."

His follow-up question: "Why then do you condemn me to death as a traitor? I am sent hither by the same see: and for the same purpose as he was. Nothing is charged against me that could not be charged against the saint."

They condemned him to death anyway. Blessed Christopher Bales spoke to the crowd on Fleet Street, proclaiming that his only treason--the government placed a placard on the gibbet proclaiming him a traitor in favor of invasion--was his priesthood. Blessed Nicholas Horner and Blessed Alexander Blake, two laymen, were executed on the same day at different locations because they had assisted the condemned priest in some way.