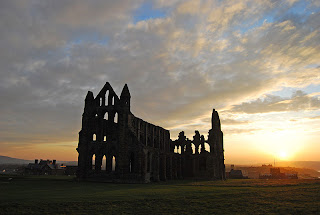 "Henry VIII and the Break from Rome" is our topic today. We will talk briefly about the causes behind Henry VIII's decision to assert ecclesiastical authority in England to get around the Pope not declaring his first marriage null and void so he could marry again and hopefully sire a male heir. Beyond that, however, we will concentrate on the crisis of conscience among Catholics asked to choose the source of spiritual authority: their Monarch or the Vicar of Christ (you know which way I lean!). Therefore we will examine the protomartyrs of the English Reformation: The Carthusians, Observant Franciscans, St. John Fisher and St. Thomas More. Here is an interesting article from the UK's The Catholic Herald, which the columnist/blogger Francis Philips titles "I feel a shiver when I see the parallels between our world and that of St John Fisher":

. . . I read about St John Fisher (who gave his name to the chaplaincy), the magnificent and martyred alumnus of the 16th century. In an article by Dr Richard Rex, I was reminded that Fisher, who refused to renounce the authority of the pope in favour of Henry VIII, accepted execution rather than go against his conscience. “That Fisher would find himself called upon to deny a doctrine that had been taught in England all his life was something he could hardly have imagined in his student days. More surprising still is how few followed him in refusing. The reason was partly fear, but more the spirit of the age…”

Rex continues, drawing a parallel between the challenge faced by Fisher and those facing Christians today: “We shall not be called upon to make that ultimate sacrifice. But look out for the dominant ideology. Today it is just straws in the wind. Rocco Buttiglione disqualified from the European Commission because of his adherence to Catholic teaching on sexual morality. The closure of Catholic adoption agencies in England because of their refusal to place children with same-sex couples. How long will it be before a formal affirmation of so-called ‘liberal’ principles becomes a prerequisite for employment in the public sector?”

This is disquieting but should not be a surprise. . . .

In October 1536, an army of commoners and gentry advanced from the north of England under banners marked with the five wounds of Christ.

Led by Robert Aske, a barrister, they were the Pilgrimage of Grace, a popular rising from York making grievances in protest of King Henry VIII, including protesting the dissolution of the monasteries and changes in religious practice since Henry VIII’s Reformation Parliament had proclaimed him “Supreme Head and Governor” of the Church.

There were too many in this group — 30,000 to 40,000 — for Henry’s small mercenary army to handle. Henry’s agent, Thomas Howard, the Duke of Norfolk, pretended to hear their terms to stop the dissolution, get rid of bad advisers such as Thomas Cromwell and restore the freedom of the Church protected in the Magna Carta. Henry promised to call a Parliament in York. In January 1537, another uprising led him to impose martial law and punish the rebels. Aske hung in chains in front of York Castle, dying of exposure, and 215 more rebels, including abbots, monks and parish priests, were executed.

The Pilgrimage of Grace was the greatest domestic threat Henry VIII faced, and the dissolution of the monasteries the most radical aspect of his otherwise rather conservative religious program.

Even after he had usurped the spiritual authority of the pope in England, Henry considered himself a Catholic, treasuring his title as Defender of the Faith and zealousness in protecting the Real Presence in the Eucharist. Henry’s Archbishop of Canterbury, Thomas Cranmer, and his chancellor, Cromwell, might have imbibed Lutheran ideas, but not Henry. . . .

I welcome all listeners of Radio Maria US to my blog, whether you're listening on one of their radio stations or on line or through one of their apps. Next week on The English Reformation Today we'll discuss the Calvinist Reformation ushered in by the minority rule of Henry VIII's young son, King Edward VI. I invite you to call in with questions and comments toll-free at 866-333-MARY(6279).

And here is the crucial question: Are Dr. Richard Rex and Francis Philips correct about the parallels between St. John Fisher's time (and the Carthusians' and St. Thomas More's) and our time, even here in the United States of America? Please let me know what you think, on air or in the comment box.
Posted by Stephanie A. Mann at 12:07 AM