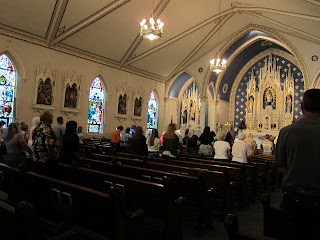 I attended Mass twice for the Solemnity of the Assumption on Monday, August 15. My husband and I went to Noon Mass at the Cathedral of the Immaculate Conception, which was very well attended, even though the bishops in the USA had removed the obligation to attend on this Holy Day because it fell on a Monday (!). The choir director and organist ought to be a little concerned, because we sang "Immaculate Mary", Parisian Plain Chant, and "Hail, Holy Queen" without their assistance quite ably.

Then I drove to Pilsen, Kansas in Marion County to attend Low Mass in the Extraordinary Form at the Church of St. John Nepomucene, which was the home parish of Servant of God Emil Kapaun. St. John Nepomucene is the patron saint of Czechoslovakia and of confessors--he was martyred because he refused to reveal the confession of the queen to her husband, King Wenceslaus IV of Bohemia. Thus, the patron saint of the church, one of the four churches in the Holy Family Parish of Marion County, is depicted with his finger on his lips at the High Altar: 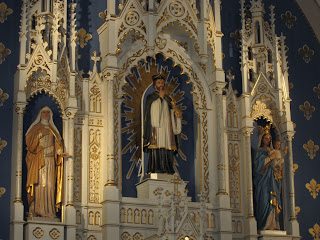 The side altars were beautiful too: 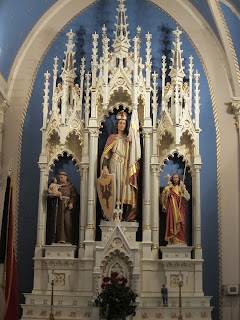 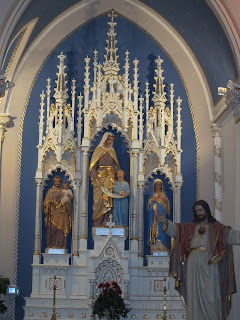 And the exterior of the church, facing the westward setting sun: 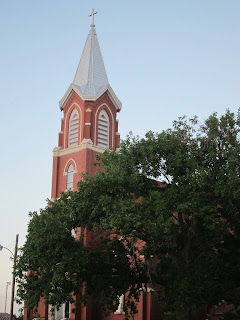 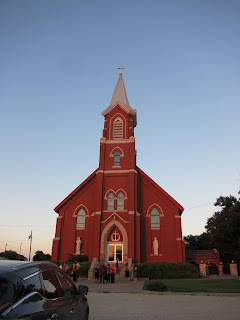 And here is the statue depicting Chaplain Kapaun helping a wounded soldier: 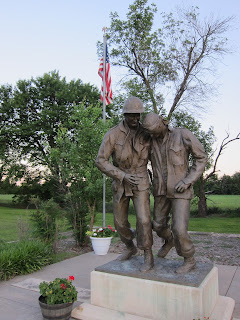 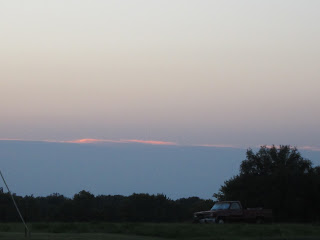 Finally, the old Fina Gas Station (I should have stopped to see what the prices were the last time gas was pumped there, but I wanted to reach Kansas 15 before it was completely dark): 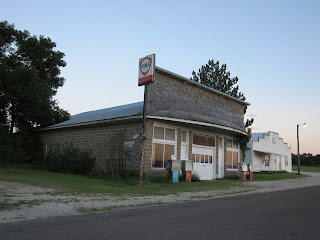