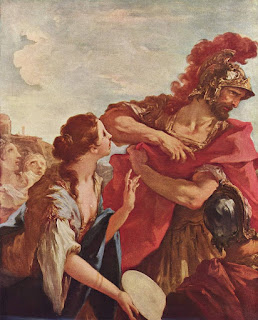 A great supporter of Queen Mary I and a committed Catholic, John Christopherson, the former Bishop of Chichester, died on December 22, 1558. According to the Dictionary of National Biography:

Being conscientiously attached to the Roman catholic church (sic) he retired to the continent during the reign of Edward VI, but was supported by Trinity College. As an indication of his gratitude he dedicated to that society in February 1553 his translation of 'Philo Judæus.' He was then residing at Louvain.

On the accession of Queen Mary he returned to England, and was appointed master of Trinity College in 1553, Dr. William Bill, a decided protestant, who had filled that office in the latter part of King Edward's reign, being ejected by two of his own fellows, who removed him from his stall in the chapel in a rude and insolent manner, in order to make room for Christopherson (Baker, Hist. of St, John's, i. 127). He was also nominated chaplain and confessor to Queen Mary, to whom he dedicated his 'Exhortation to all Menne,' written immediately after the suppression of Wyatt's rebellion in 1554. He tells the queen that his duty obliged him to write the book, because her majesty's bountiful goodness, when he was destitute of all aid or succour, so liberally provided for him that now he might without care serve God, go to his book, and do his duty in that vocation to which God had called him.  . . .

He ran into trouble under Elizabeth I, of course, since he was "conscientiously attached to the Roman catholic church (sic)":

On 27 Nov. 1558, being the second Sunday after Queen Elizabeth's accession, Christopherson, preaching at St. Paul's Cross, with great vehemence and freedom answered a sermon preached by Dr. Bill at that place on the preceding Sunday declaring that the new doctrine set forth by Dr. Bill was not the gospel but the invention of heretical men. 'or this sermon he was summoned before the queen, who ordered him to be sent to prison, where he died about a month afterwards (Zurich Letters, i. 4). He was buried on 28 Dec. 1558 at Christ Church, London, with heraldic state, five bishops offering at the mass, and there being banners of his own arms, and the arms of his see, and four banners of saints (Machyn, Diary, 184). By his will dated 6 Oct. 1556, but not proved till 9 Feb. 1562–3, wherein he desired to be buried in the chapel of Trinity College, near the south side of the high altar, he gave to that college many books, both printed and manuscript, in Greek, Latin, and Hebrew, and directed that certain copies of his translation of 'Philo Judæus' should from time to time be given to poor scholars. He also gave to his successors in the mastership of Trinity certain hangings and other goods in his study chambers and gallery, and requested the college to celebrate yearly on the anniversary of his death a dirge and mass of requiem wherein mention was to be made of his father and mother, and of his special good master and bringer up, John Redman, D.D. Independent of his own benefactions to Trinity College, he procured considerable donations to that society from Queen Mary.

He wrote a tragedy in Greek about Jephthah , one of the judges of Israel, who swore an oath: “If you give the Ammonites into my hands, whatever comes out of the door of my house to meet me when I return in triumph from the Ammonites will be the Lord’s, and I will sacrifice it as a burnt offering.” (Judges 11:30-31) After winning the victory over the Ammonites Jephthah returned home and his daughter, his only child met him so he had to fulfill his vow to the Lord.

Image credit: The Return of Jephtha, by Giovanni Antonio Pellegrini
Posted by Stephanie A. Mann at 12:30 AM