Lingard on Newman in "The Newman Review" 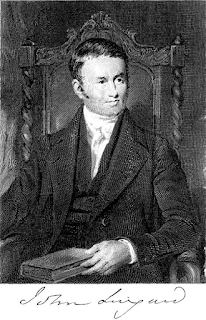 Shaun Blanchard, Assistant Professor of Theology at Franciscan Missionaries of Our Lady University in Baton Rouge, Louisiana, tantalizes us in the opening paragraphs of an article in The Newman Review--and then promises more in a subsequent article--by quoting the Catholic historian Father John Lingard's opinion of the recent convert and Oratorian, Father John Henry Newman:

“I don’t like Newman,” wrote the famous English historian Fr. John Lingard in January 1850. The reasons the aged and ailing Catholic historian gave for his antipathy towards perhaps the most celebrated English convert of all time encapsulated the collision of old and new: “too much fancy or enthusiasm”[1] was Lingard’s gripe in a letter to his friend John Walker. The relative obscurity of Lingard today is surprising, since in his day (he died in 1851) he was “the best-known and most widely read English Catholic writer.”[2] Lingard’s “Victorian celebrity” was due primarily to ground-breaking historical works, but also significantly buttressed by his reputation as a formidable theo-political controversialist: both in intra-Catholic squabbles and in defense of his community against Protestant detractors.[3] The crowning achievement of a life of research, his eight-volume History of England (1819–1830) featured pioneering work with primary source material.[4] Lingard’s History was widely reviewed and debated. It was translated into many languages, went through multiple editions, and was even abridged for use as a school textbook in France. In the twentieth century, Hilaire Belloc added a final volume to bring the narrative from 1688 to the present; this version of Lingard’s History of England can still be found in old family libraries around the UK. Lingard can be counted as a kind of founding father of certain “revisionist” historical positions on English history advanced by scholars like Eamon Duffy and Christopher Haigh. Long before Duffy’s classic The Stripping of the Altars (1992), Lingard’s work suggested a re-narration of the Whiggish and triumphalist national story vis-à-vis Catholicism.[5]

Lingard in fact had quite a lot of interesting things to say about Newman, dating from his growing awareness of the importance of the Oxford Movement in the 1830s until Newman’s conversion in 1845, when Lingard was in his mid-seventies. In a subsequent essay, I’ll explore Lingard’s take on Newman and on the great changes sweeping the English Catholic community at the end of his life (Lingard strongly associated Newman with many of these changes, and mostly bemoaned them). This essay, however, will introduce readers to Lingard, one of the major intellectual lights of the English Catholic community when Newman joined it in 1845 at Littlemore. . . . 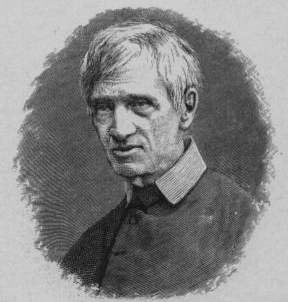 Please read the rest there. I look forward to learning more about Lingard's reasons for not liking Newman in the promised subsequent article. Lingard seems to have been most particular about how Catholics practiced their faith, and the last sentence in this quotation seems most contradictory:
While his willingness to defend the Catholic community from outside critics had won him renown, he grew extremely critical of elements within English Catholicism that he found embarrassing, theologically suspect, or intellectually wanting. He dismissively mocked Italian priests who came to England to run retreats fueled by “enthusiasm,” and criticized the women who attended them (sometimes directly, by letter, as attendees included close friends). Lingard’s correspondence also reflects a stereotypical English mistrust of the French and the Irish. A man of the eighteenth century and the Catholic Enlightenment, he could barely contain his dislike of Gothic revival, Pugin’s work, and the Anglo-Catholic Tractarians. While ardently desiring the conversion of non-Catholics, especially socially prominent Anglicans, he distrusted the leading converts of the Oxford Movement like Frederick Faber and Newman. . . .
Posted by Stephanie A. Mann at 12:00 AM