Forgetting and Remembering in November

Yesterday I posted the comments from British publications about it being time to forgive and forget the Gunpowder plotters, especially Guy Fawkes, who is still burned in effigy. It does seem from the mainstream media reports in England that many don't know why they are celebrating with bonfires and fireworks--at least this story starts with the questions. It does seem silly to continue the celebrations on the Fifth of November if no one knows why. Clearly we can't forget the conflict and desperation that provoked the Gunpowder Plotters, who wanted the freedom to practice their Catholic faith and believed the only way to obtain that freedom was violence and power: murder the reigning monarch and take over the government. 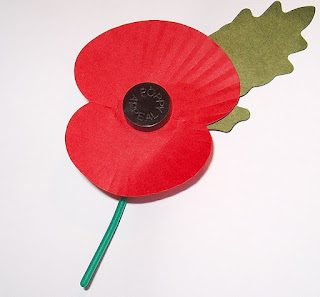 November is the month for remembering. In the United States, we remember the living Veterans who have served our country on November 11 (Memorial Day is the holiday for remember those who died in the service and defense of the USA; Armed Forces Day is for celebrating current military service members). In the United Kingdom, November 11 is Remembrance Day to mark the end of WWI and signing of the Armistice--the 11th hour of the 11th day of the 11th month. In France and other Allied countries, it's Armistice Day.

On Thanksgiving Day in the USA we remember all the people and things we should be thankful for. We recall the history of our founding as colonies of England, the risks and dangers the colonists and pilgrims faced, and the freedom of religion and worship they sought.

Throughout the month of November, Catholics remember the Poor Souls in Purgatory. As Father Alexander Lucie-Smith comments in The Catholic Herald, this remembrance of the dead, praying for God's mercy on those who loved Him but are not ready to be with Him in Heaven, this Catholic doctrine and practice is comforting and charitable:

The Reformation was a revolt against many things, but one thing in particular, the doctrine of Purgatory. Henry VIII destroyed the monasteries, which were communities charged with praying for the dead; he also suppressed the chantries, which were endowments for secular clergy to pray for the dead. There are still chantry chapels in England, but these are places where no Masses are now sung. I find these empty chantries inexpressibly sad, and a poignant reminder of our national apostasy. In the nineteenth century several great Catholics tried to restore this tradition, such as AW Pugin. The greatest modern chantry in the land is that built over the tombs of the Emperor Napoleon III, the Empress Eugenie and the Prince Imperial, at Farnborough.**

In trying to eradicate the doctrine of Purgatory, the Protestant reformers took from ordinary people what must have been their greatest comfort. When someone dies, you can no longer do anything for them, and you may very well regret all the things you should have done but failed to do for them while they were alive. If you can pray for their soul, this means that you have the comfort of helping them after their death, which is a huge aid to those who mourn.

The other comfort about Purgatory is this. We have to be perfect to see God, and we know full well we are not. Purgatory means that we can be purified and purged after death, and thus come to see God. We cannot be sure of salvation, but we can be sure of the mercy of God.

**The former Emperor Louis Napoleon and Empress Eugenie (and their son the Prince Imperial who died in the Anglo-Zulu war, lived in exile in England after France lost the Franco-Prussian War. She had the mausoleum and monastery of St. Benedict's Abbey built, with monks from the Abbey of Solesmes in France. More info here.

Today particularly I am remembering my father who died five years ago this summer--today is his birthday. May he rest in the peace of Christ with all the souls of the faithful departed!
Posted by Stephanie A. Mann at 12:30 AM