The Martyrs of Lincolnshire and the Lincoln Uprising 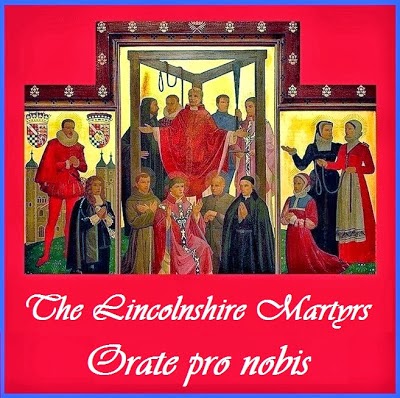 The Lincolnshire Uprising was really the prelude to the Pilgrimage of Grace in Yorkshire--or one could say that both rebellions were focused on the same thing: the peoples' rejection of Henry VIII and Thomas Cromwell's dissolution of the monasteries.

Those executed for their participation in the Lincolnshire Uprising (and the Pilgrimage of Grace) have not been declared martyrs and their cause is still pending. The site lists those who suffered, including several monks, clergy, and lay people.

The site also includes the list of Lincolnshire martyrs, beatified and canonized, from the reign of Henry VIII to the Popish Plot under Charles II. It's a very beautifully illustrated site, featuring this banner from the canonization of the 40 Martyrs of England and Wales in 1970: 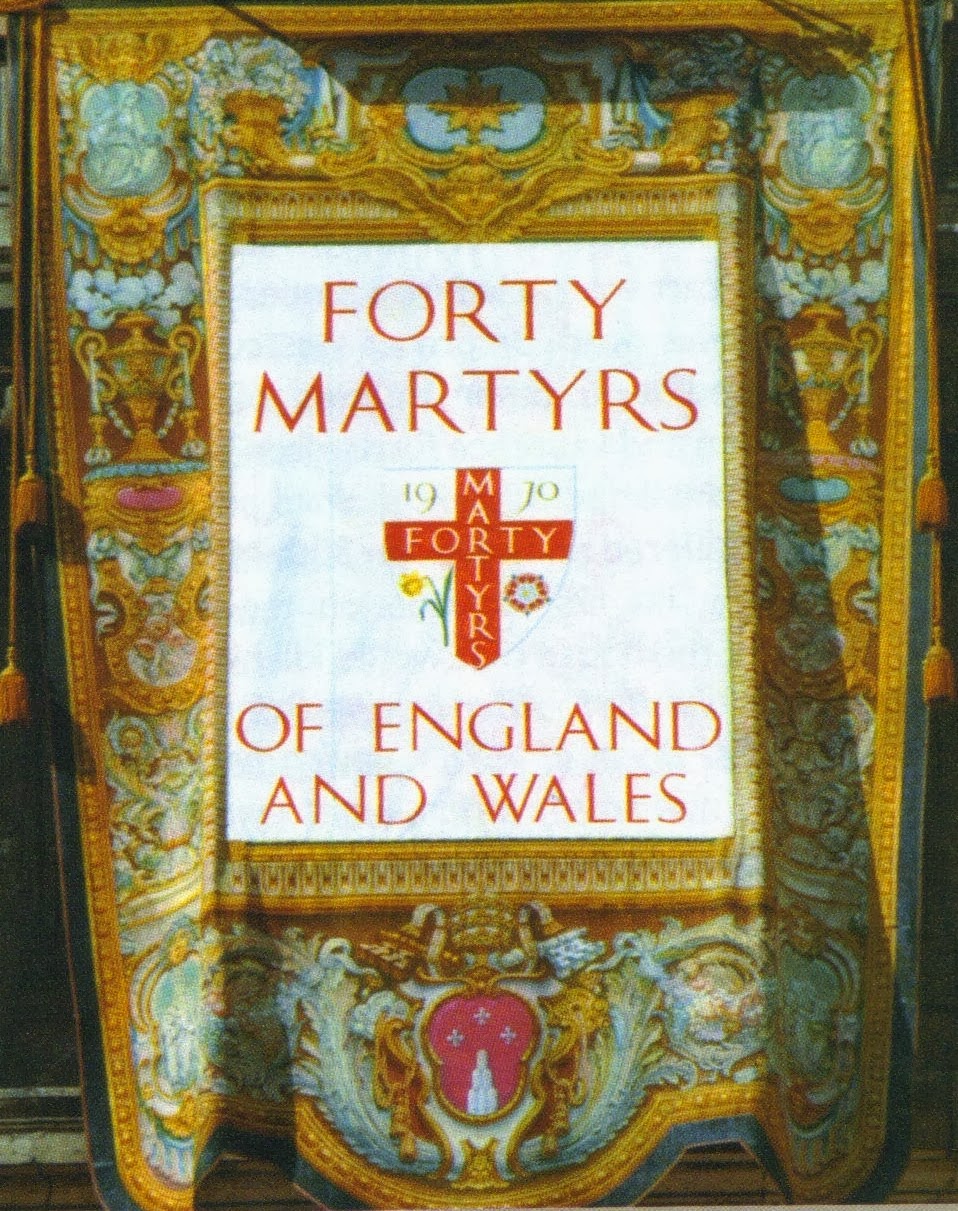