Beyond First Impressions: Gareth Russell's Introduction to the Tudors

My first impressions are that this is a well-illustrated (as befits the title) biographical survey of the Tudor dynasty and its origins. From what I have read so far, Russell acknowledges the fascination of the Tudors and supplies amble evidence of why we are so intrigued by the six monarchs (Henry VII, Henry VIII, Edward VI, Jane Dudley, Mary I and, Elizabeth I) of this royal family. He has prepared a helpful timeline and list of suggested reading. 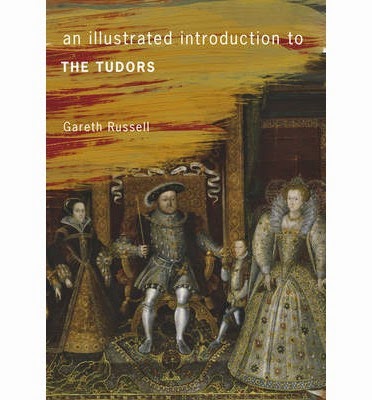 Now that I've finished reading An Illustrated Introduction to the Tudors by Gareth Russell, published by Amberley Publishing, here is my full review as promised.

My first impressions quoted above bore out throughout this short book which is part of a series of introductions including the Stuarts and the Georgians among English royal dynasties so far. Amberley might have to break up the Plantagenet dynasty since it keeps these books around 96 pages.

Russell begins with the foundation of the Tudor family through misalliance between Henry V's widow and Owen Tudor and then highlights the major events and issues of each monarch's reign. He pauses to examine certain mysteries or controversies like Anne Boleyn's guilt or innocence of the charges against her and the cause of her fall, why Elizabeth I never married, etc. His reasoning is always careful and decisive: the reader knows what he thinks about these events and people and why.

I did not appreciate the inclusion of Nancy Mitford's comment about Jane Dudley and I think that Russell is wrong to say that Thomas More resigned because he was unhappy about the influence of Reformers at Henry VIII's Court--Thomas More resigned because he realized he had failed to influence Henry VIII on the matter of Papal authority. He had seen the growth of that reforming influence and had stayed at Court until Henry started implementing the break from Rome. As Chancellor, More would have been required to enforce the laws Henry's Parliament had passed--that is why he resigned.

Within the 96 pages I wish there had been room for a conclusion or epilogue. Perhaps even some of the material in the introduction could have been used as a summing up as the dynasty ended with Elizabeth's death in 1603.

Those few issues aside: Russell's prose is clear and colorful and his narrative flows along smoothly, mixed with the interpretation of certain events. The illustrations are excellent and the sidebars provide supplemental information that would otherwise interrupt the narrative--it is a well-designed book. Russell is au courant with the Tudor literature and thus delivers an excellent introduction to the Tudors in this slim volume.
Posted by Stephanie A. Mann at 12:30 AM